After beginning law school he was offered a chance to play baseball for a league in Europe, which he did for two years.  He then returned to the University of Oregon where he completed his law school studies and was admitted to practice.

Ryan spent the first five years of his legal career at an esteemed litigation firm in Medford, where he gained substantial experience and learned invaluable skills.  He learned how to analyze cases from many angles and he became a strong advocate to help achieve the best possible outcome for each case.  Over the years he has successfully handled hundreds of injury cases.

Ryan moved from Medford to Portland in 2010 to start this law firm with the idea that he will select a limited number of cases so that he can continue to provide personalized representation for his clients.  He strongly feels that each client should have direct access to their attorney.  Ryan has a second office location in Bend, Oregon. 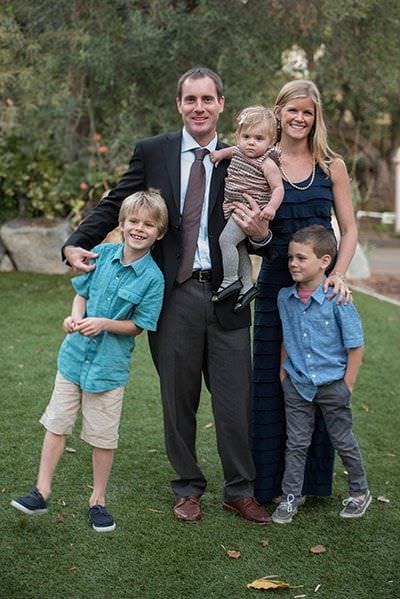 Ryan was named a “Rising Star” by Super Lawyers Magazine for six years in a row, a selection for the top attorneys under 40 years old.  He was also listed as one of “Oregon’s Outstanding Young Lawyers”, by Portland Monthly Magazine and the American Registry.

Personal
Ryan has a wife, two sons and daughter. He is a sports enthusiast who loves to mountain bike, jog, fly fish, and snow board.  He likes to be outdoors as much as possible and feels fortunate that he is able to have a balance between spending time at work and spending time with family.

Ryan Hilts is a personal injury lawyer in the Portland metro and Lake Oswego with a second office location in Bend, Oregon.  He handles cases throughout Oregon and Washington.  For more information, contact Ryan for a free consultation.