Dog bites happen all of the time. If you have been bitten by a dog and aren’t sure what to do next, then you must understand the laws and regulations that Oregon has for dog bites. By understanding these laws and regulations, you will be able to push your case forward and receive the compensation that you deserve.

What Should You Do After Being Bitten By A Dog?

If you have been bitten by a dog, then you are able to file a claim within Oregon’s civil court system. By filing this claim, you will then be eligible to receive compensation, due to the dog bite and the effects that this dog bite has had on your life. But, for you to receive this compensation, you must file the claim properly.

The process of filing a personal injury claim is a little tricky. Above all else, you must organize the facts of your case. Make sure to record where you were bitten, the time that you were bitten, what the dog looked like, who the owner was, the injury you sustained; along with any other pertinent information. By organizing the facts of your case, you will have so much more to work with when you take your claim to court. But, if you don’t organize these facts, then it’s likely that pushing your case forward will be more of a challenge.

The Oregon statute of limitations, for personal injury claims, including dog bites, is two-years.

How Can You Receive Compensation From A Dog Bite Personal Injury Claim?

While filing a claim and finding an experienced legal attorney are both relatively easy tasks, receiving compensation from a dog bite personal injury claim is a little more challenging. By being aware of the laws surrounding dog bites and liability, you will have a much easier time working with your attorney and setting up a case that allows you to receive the compensation you deserve.

The state of Oregon relies on something known as a “one bite rule”. A one-bite rule is a rule that, essentially, gives a dog “one free bite”, before the owner can be held liable for the injuries that the dog caused.

If, for example, a dog is being walked along the street by its owner, and a man attempts to pet the dog and is bitten, then the owner of that dog won’t be held liable for that bite. But, after that, the owner is aware of their dog’s propensity to bite people and can be held liable for future bitings.

There are two factors, though, that will make the owner liable for the dog bite that you sustained, even if the dog has never bitten anyone before.

If the owner was aware of – or should’ve been aware of – the dog’s dangerous behaviors – behaviors such as menacing other people while not on the owner’s property and injuring/killing domestic animals, to name just two examples – then the owner can be held liable.

If the owner was negligent in using reasonable care to prevent the dog from biting people – not putting the dog on a leash or leaving the door open, to name two examples – then the owner can also be held liable.

While proving either one of those things can be difficult, there are a couple of things you can do that should make it easier. Taking the time to ask the neighbors who live near the dog about the dog’s behavior is a good way to ascertain the overall behavior of the dog. If the dog wasn’t kept on a leash, which led to the bite, or the doors weren’t shut, you can ask about that, too. Mail carriers, in particular, know a lot about the neighborhood dogs, so they’re great sources of information.

Being able to prove any one of those three things will make your case significantly more likely to succeed. That way, you can then receive compensation for the damages that you sustained due to the dog bite – damages such as medical expenses, pain and suffering, and lost wages; among various others.

The state of Oregon uses a “one-bite rule”

What Legal Defenses Can You Use If You Are Being Held Liable For A Dog Bite?

If you are being held liable for a dog bite, there are three key legal defenses that you can, and should, rely on. These three legal defenses are as follows: proving that your dog was provoked, making use of the “one bite rule”, and showing the court that you were using reasonable care, rather than being negligent.

In the state of Oregon, the only exception to the dog bite laws and regulations is a provocation. If your dog was provoked – perhaps, someone was tormenting the dog or stepped on their paw – then they won’t be able to receive any compensation, since it was their own actions that lead to the dog bite.

With that being said, though, if the dog is known to be overly aggressive towards minor provocations – especially unintentional provocations – then it’s likely that you will be held liable.

As mentioned earlier, Oregon uses something known as a “one bite rule.” So, if you are walking your dog, using reasonable care to prevent your dog from harming anyone, and someone tries to pet your dog only to be bitten, then you can’t be held liable for that dog bite. But, that’s only if your dog has never bitten anyone, nor shown signs of violent and aggressive behavior.

Every dog owner in Oregon must take the precautions necessary to keep their dog from attacking anyone. If you are walking your dog without a leash or leaving the door in your backyard completely open, and your dog attacks someone due to not having those restrictions, then you can be held liable for negligence.

If the claim against you is that of negligence, then you can prove to the court that you weren’t, in fact, negligent. To do this, you need to organize all of the information that you have, regarding the facts of your case and the situation at hand. If the claim against you states that you weren’t keeping your dog on a leash, even though you were, make sure to write that down. If anyone saw you, at the same time, make sure to get a testimonial from them about how your dog was, in fact, wearing a leash.

There are three key legal defenses that you can use to get out of being liable for a dog bite:

Hiring an experienced legal attorney who specializes in Oregon dog bite law will make it so much easier to organize, prove, and present these facts to the court. 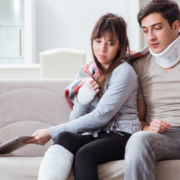 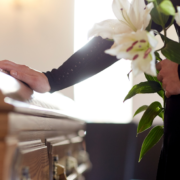 Pedestrian Accidents
If you were injured as a result of a careless driver while you were a pedestrian, you may have a claim against the driver. Read more about our practice areas
Oregon Wrongful Death Cap

Is Oregon a No-Fault State?
Scroll to top