Portland, Oregon is a great place, and there are a lot of major benefits to living here. Unfortunately, one of the few negative aspects is the quality of drivers in the city. Most people are more than capable behind the wheel, but that still leaves a high number of those who cause trouble for the rest of us. Hopefully this problem isn’t something that will scare you out of the area, but it’s important that you know your options and have help in case you ever find yourself in an accident involving a bad Portland driver. 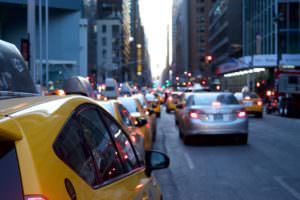 “Portland is the Worst City in the US to Drive”

There are a lot of jokes in Portland about it being the worst city in the US to drive in, but a recent study shows that it might not be such a laughing matter. Allstate Insurance released their annual report that tracks the best drivers in 200 cities, and Oregon’s largest city wasn’t very proud of how low it ranked on the list. Portland came in at 181 out of the 200, but that’s close enough to the bottom to make it feel like the worst city in the US to drive in. The only positive news about the ranking is that the city moved up two spaces from last year, but that doesn’t do much to stop the feeling that Portland is the worst city to drive in.

How to Stay Safe with Bad Drivers

The bad news is there isn’t much you can do about other drivers not being skilled enough behind the wheel. You can practice defensive driving, but sometimes there’s no way to avoid a collision if the other driver is making mistakes. Do everything you can to keep yourself safe, and just be aware of what to do if you are involved in an accident.

Much of car safety is common sense, and a lot of us learn it at a young age. High on the list in recent years is the reminder to not drive distracted, and especially don’t send text messages when cruising down the road. Also, don’t play music so loud it will become distracting or cause you not to hear emergency sirens and other warning sounds.

Make sure to get regular maintenance on your car, and wear your seatbelt at all times. Take extra caution in bad weather, and ask your passengers to help watch out for anything unexpected. Always wear glasses if you need them.

Overall, relax but be cautious whenever driving. 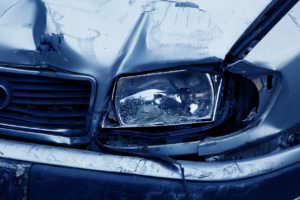 What to Do If You Have an Accident

If you’re involved in a car accident, there are a lot of things to keep in mind. The most important, though, is to remain calm and make sure that no one is seriously injured (call and ambulance immediately if they are!). Next, don’t leave the scene, but move the cars to safety if it’s necessary. Call the police even if the damage is minor, and know that a police report can really help your chances of proving you weren’t at fault. Collect as much information as you can about the others involved in the accident, and take pictures of the whole scene with your own camera. After it’s done, contact your insurance company and a lawyer. 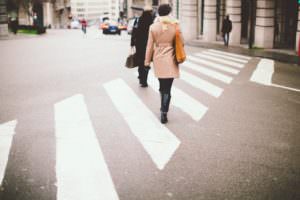 Keep in mind, all of these accidents aren’t limited to drivers. Pedestrians are often injured by cars, and they can get the same assistance and payments from insurance companies. Always be aware of your surroundings while walking, but if you’re hit by a car, follow the same steps as you would if you were in an automobile accident.

The purpose of a personal injury lawyer is to represent anyone who has been injured as a result of negligence or wrongdoing by someone else. However, this doesn’t mean that we can only help you with physical injuries. Psychological damage often occurs in certain situations, and it’s really common among victims in car accidents. Personal injury lawyers will be able to fight on your behalf to help get you what you deserve for any of these damages.

Don’t be intimidated by the person who caused the accident. It doesn’t matter if they are a normal individual, a company, or some sort of government agency. The law is written in a way to make sure everyone can be held accountable for causing injury to others.

Need Help with an Injury?

If you have been injured as result of one of the famously worst drivers in Portland, please get in touch! Insurance companies professionally deal with these cases on a daily basis, and they’re incredibly skilled at taking advantage of victims by paying out as little money as they possibly can. But, you don’t have to fight this battle alone. The law office of Ryan Hilts has a lot of experience in helping people recover from personal injuries and moving forward with their lives.

Want to join the discussion?
Feel free to contribute!

Pedestrian Accidents
If you were injured as a result of a careless driver while you were a pedestrian, you may have a claim against the driver. Read more about our practice areas
Oregon Ski Injury Lawsuits